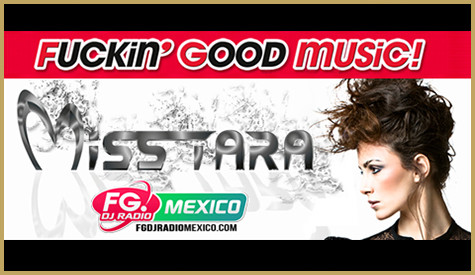 Miss Tara’s “Power On” Airs Every Friday on Radio FG

Miss Tara is Tara Mobayen, a Canadian house music DJ known for her crowd-pleasing melodic anthems. She is also a versatile producer who has reached the very top the charts. She is a captivating person with a remarkable intensity. Tara Mobayen aka Miss Tara is one of the biggest names in the club scene today in North America, India, and Europe. Miss Tara started honing her craft in France and then established her name in the Toronto dance scene.

Tara Mobayen / Miss Tara is a member of the prestigious ASCAP (American Society of Composers, Authors & Publishers) and Europe’s SACEM (Society of Authors, Composers & Publishers of Music). Aside from her career as a house DJ, Tara Mobayen is actively involved in charitable and volunteer work, such as the activities of Operation Smile and SOS Children’s Village in Nicaragua.

Now, every time Miss Tara is performing, thousands of fans groove to Tara’s beat. There is no doubt that Tara Mobayen knows how to stir up the frenzy, whether she is at a concert venue or at the poolside. Her energy is quite infectious, and every time that she is on the main stage, no matter where in the world. Recently, India’s party scene has witnessed and experienced the Miss Tara electro signature blend of electro-heavy dance music.

In 1981, the French-language community Radio FG or “Fréquence Gaie” (Gay Frequency), “Filles et Garçons” (Girls and Boys), or “Futur Génération” (Future Generation) was established in support of the gay community in Paris. The station is broadcasting in the FM band on 98.2 MHz. From social activism, Radio FG evolved to become a well-known electronic music radio station that offers people who tune in a great selection of Dance, Techno, and House music. Fans residing in the suburbs of Paris and selected cities in France have the privilege to listen to awe-inspiring playlists every dat. Starting in 2003, the community radio turned private radio station became known as the FG DJ Radio, and embraced Rai and R’n’B music as well. In 2013, FG DJ Radio reclaimed the name, “Radio FG” once more. Radio FG Mexico program is a weekly platform that showcases Tara Mobayen’s strengthening her cult standing in the global electronic music scene.

Every Friday, at six in the afternoon, the Miss Tara radio show airs in Mexico and the United States. She offers some of the best selections of Dance, Deep House, Progressive, and Tech House music in the industry today. Some of the featured artists in her weekly show are Calvin Harris, Knife Party, Steve Aoki, Adam Beyer, David Guetta, Josh Butler, Tiesto, and Thomas Newson.

Tuning in to the Miss Tara Power On radio show is a great opportunity to experience the unique style of a contemporary DJ with a signature style.
[ssba]