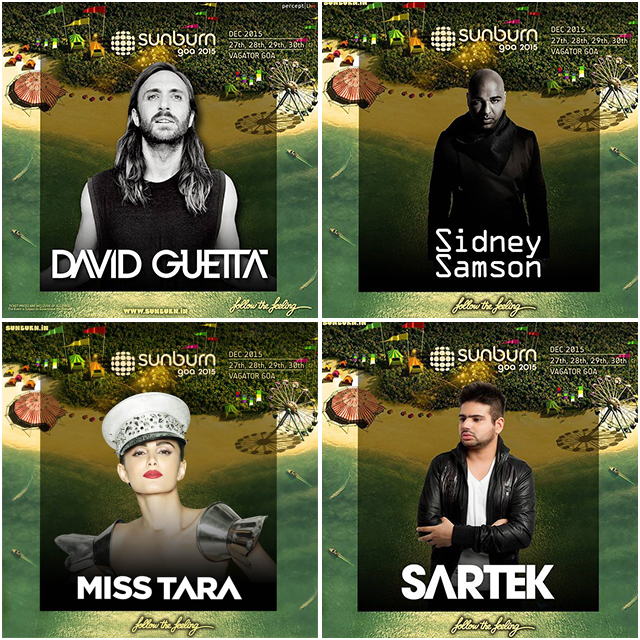 On December 30th 2015, the award-winning Canadian house music DJ Miss Tara made a stunning performance at the Sunburn festival in Goa India. She was welcomed by thousands of attendees.
Miss Tara joined festival powerhouse for a not to be missed out door music event that was organized for thousands of Music lovers. Sunburn, the Asia’s largest music brand produces several large outdoor events across India that always draws hundreds of thousands of EDM & House music fans yearly.
Miss Tara made a stunning performance at one of the biggest festivals in the world by entertaining the people on her crazy beats. The sunburn festival holds every year, where popular music artist perform their music to entertain the fans.

Miss Tara surprised everybody with her intro backed up by a futuristic 3D animation. When she started her music on the stage, it was amazingly backed up with a futuristic 3D animation that made the fans go crazy. It l#ooked amazing. The creativity was a top notched type. She played several tracks from her double album that will be released this year 2016. The fans where jumping for joy because, Miss Tara was given them a treat of their life with her songs. One of the songs she performed was “Tara Rum Pum” featuring one of the Indian music stars, Sonu Nigam. The fans even enjoyed the fact that she performed one of her songs with one of their own.
The fans really enjoyed the show, dancing under this great musician, Miss Tara’s beat. The people that were there can explain how much they enjoyed themselves. This performance is one of the best of Miss Tara as confirmed by her. The fans were so impressed with the great performance to the extent that they wanted more.
There is no doubt that Miss Tara has garnered an impressive reputation as one of the music’s most promising talent. Her remarkable style, captivating presence and infectious energy help her showcase internationally. Miss Tara is a great dancer and it is crystal clear that she is enjoying her expension in the dance music industry.