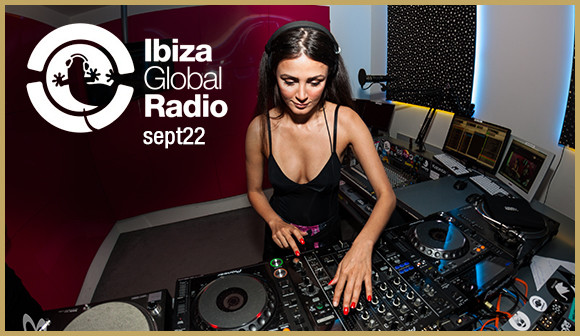 Tara Mobayen created a deep impact on the minds of the audience of the Ibiza Global Radio with her performance on the 22nd of September, 2015. Tara is gradually evolving as the most popular dance music DJ. Her live performance as the special guest in Camilo Franco’s show was thoroughly enjoyed and is still cherished by her ever-increasing number of fans worldwide.
Tara Mobayen had kept a special place reserved for one of her specialities, underground music in which her roots are deeply set. The performance on Ibiza Global Radio was a musical journey back to where her heart belongs. It is remarkable how Tara manages to keep her audience engaged, even in non-commercialized music. Once again, Tara Mobayen moved the audience with the intimacy and freedom in her music. Tech House and Progressive beats on her list were especially breath-taking. The audience also received some glimpses of her upcoming double album – Let’s Live, scheduled to be released in 2016.
With her increasing global presence and her fame as an Electronic Dance Music worldwide, Miss Tara, as she is popularly known, has proved time and again how versatile she is with her choice of genres. Taking a plunge into the underground culture of music and finding her home there, accompanied by a combination of electro-music has only made Tara Mobayen a bigger name in the field of her root culture. To know more about Miss Tara, her upcoming shows, bookings, discography etc., visit www.misstaraofficial.com.